Posted on September 2, 2019 by carltontedford 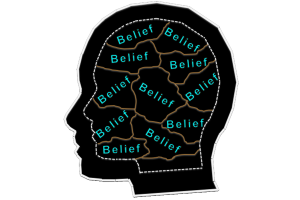 Don’t tamper with one’s belief system, or get trampled upon and drop you like a bad habit, an unspeakable action that’s never really dropped, but perpetuated habitually, where spirituality is the name of the game, that’s the easiest, because no one can see the spirit in which you speak about, but doubt that this could ever fall upon deaf ears, to being heard loud and clear “I know what I’m talking about”, by preacher and ministers that lecture a well-constructed message, harshly spoken, that massages the eardrums into submission, a pounding fearful confession, and call this a lesson, I mean is it me, or just them screaming to get a point across, that’s not understood, but quick to say the preacher preached one hell of a sermon, talking about hell and how we’re certain to go, if we don’t have faith in what they believe.

Thinking that we’re standing in need, and so beg, preys on every prayer circle kneeling in war rooms, consumed with words like demons and the devil, and “lord please bind Satan on very hand”, then stand up and demand others to follow our self-interest, never mentioning I got a problem with what I’m thinking and every time I blink in a memory to be stored, move further away from ourselves even more, it’s a sore subject to tell someone their belief system is the problem, and the only way to solve it is stop believing in what we do, where being prone to questioning shows our beingness stepping through, but get stopped at the door by insecurity called Ego.

If you go, I’ll go, I believe in your method, without questioning the madness that melancholies the senses, where somewhere out there we believe is a life worth living, instead of living life right here in the presence of self, longing for a way to get rid of this body, when this body is the only life we’ve lived in thus far, that’s been supporting us to see ourselves in so many ways, but we’ve encaged ourselves to live within the idea of slavery, that’s bravery if you look at it, stating I can take this s***, thinking we have no choice but to always submit, then quit, with the belief that I’m powerless, without realizing how those in power are subjected to slavery to.

Where Ideas and Perceptions goes hand and hand with Beliefs, and these things are the masters we enslave ourselves to, stemming from thoughts in our minds we think we have no control over, but think we’re in control of what we think, that’s a step away from could be if we directed ourselves, in the sense of redefining every word we speak, with no emotional attachments or mood changing feeling, it’s the way to live life in Oneness and Equality.

And when lived as One with and Equal to oneself, creates all as one in the best interest of each other, and the belief system perspective becomes a ‘Knowing’ who I am, which eradicates wanting others to believe in you/me, where ‘believe you me’ houses a conjecture of doubt, which creates a pout about not getting the attention we seek, or think we need from not attending to ourselves, or even believe that it’s possible to attend to ourselves, in the sense of being watchful of the things we react to, and blow off thinking that it’s healthy to become angry, but being angry houses a massive belief system in itself, that we’re born to react and act out our emotions, which in fact is just another Idea/Perception and Belief, which makes me a slave to the thoughts that I think, and so speak on that in which we think we know, which show that we’ve become the lie embedded within the belief.

If you see something say something is a way we follow laws, that’s jaw dropping how quick we are to tell on ourselves, in snitch of sowing together a fabricated story, that glorifies the Ego every time we do it, that I want to be praised for shedding light on what someone else is doing, without considering what they’re doing is a part of their own process, and not our, being that most of the time what they’re doing doesn’t affect us in any way, but somehow we believe that we’ve saved the day, and so stay within this belief until someone else do it to us, then scream about them needing mind their own business.

For me, one of the opposites of belief is unconditional acceptance, in unconditionally accepting that I may be wrong, when blindly follow any well-known belief, without questioning or investigating all thing within it, to keeping that which is good from all things within it, and apply all these things in a way that can be lived, where Before I Lie down and accept this Feeling (Belief), I choose to correct the acceptances I allowed.

And by choosing to correct the acceptances I allowed, shows how I am a +1 to changing the acceptances of this world, to be a place that only accepts what’s best for all life equality, and equality live together with all as creators instead of takers, that takes place when all believer become benefactors of self-change, to following the moto, “If you can change, I can too”, instead of “If you change I will too”, to so stay within the idea of waiting for the world to change, because the world is already changing and will you be a part of it, to at the end of time, say I did my part to correct my mistakes, and by correcting my mistakes made this a better place, to be enjoyable for all of us to live in harmony.