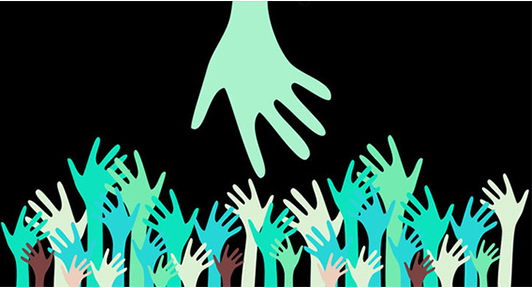 Clearly we only see what we want to see, that makes us be who we want to be, and just so happen if our be-ing is best for all that’s good being that it’s also best for me, but perceptually speaking we give perspective without asking the question what’s really going on, then wonder who’s the real authority in the matter, that don’t matter because I’m sticking to what I said, that’s soon forgot as the way it is, and so stand in solidarity with the decision I’ve made, while knowing some of the decisions I’ve made, may not have been the best decisions I’ve made, that may be hard for me to go back and correct, because I’ve blasted out to the world my biggest regret (so to speak), and didn’t even think before I spoke, in a moment of reaction to invoke my will, and now stuck looking at the bigger picture to validate my will, instead of taking responsibility for the pill I created, and dished out to others in my world.

Self-investigation is the point of cremating a self-interested idea about something that was done. Investigate All things and keep that which is good, before standing in solidarity with something you don’t know about, (note to self) like just because someone says the room is yellow, why is it that we wholeheartedly believe it is, instead of taking a peek to see with our own eyes, it’s a bright Orange Color that’s more Red than White, so the person may be off just a bit in their view, that doesn’t mean we all have to be off to, and don’t go there this is not about you, but a perspective of what I see that’s all about me, like a Church being passed down from generation to generation, I’m not trying to repeat the same damn thing again, of walking around in fear, tippy toeing on egg shells, and Yes, I stand in solidarity with the message that was presented, and walk my darnedest in line with the principles that was presented, and meant it when I said, I commit myself to changing my ways, and that, I will Always stand in solidarity with.

Judge not less ye be judged, is a verse I had to rehearse and still rehearse the same today, without using judgement as a point of tit for tat, because all that I’ve judged I’ve brought it back to self, that’s a constant work in progress we all can agree, or at least I agree with changing what I see in me, and have plenty of times changed my stance, because I wasn’t standing in solidarity with my Self, but stood in solidarity with what I saw in the moment and now choose to stay within that same moment of things, as if I didn’t just jump the gun with things, or ever made a decision from a point of reaction, in fact when making a decision I disseminate things, without disassembling the fine lines within these things, at times when I’m stuck in the mind with things, a design that needs to be fully walked out, without exempting myself from what this is all about, I’m in fact the mirror that shows me you, and should do my best to stand equal to and one with us, but that’s a given.

Solidarity is also a point of; ‘Dare I go solo I need to stand with somebody, and it’ll probably make me feel good about myself’, when probably I haven’t even stood with myself (all the time) and understood myself to correct my stance, and man I feel lonely when I’m ostracized, because I haven’t exercised my right to speak up for life, as all as one and equal as myself, and so stuck between the truth and the fabrication of things, I mean well, but being ‘mean’ and ‘well’ don’t go together, and forever and a day, I’ve been this way, and just now seeing it standing out in me, that’s been passed time for me to take responsibility for, and for sure at best you see me taking self-responsibility and stand in solidarity with the responsibility I’ve taken.

I mean if you see a point in me that I’m sleeping on, don’t hesitate to awake me ‘hastily’ so I can see it in fact, that’ll help me correct the things that I lack and give back with the next point of assistance needed to be given, so we all can stand in solidarity with the correction thereof and equalize our standing with each other.

What I’ve learned is it’s alright to be wrong, just as long as I point out My wrongs to be right, no matter who’s watching I have to do it for MY life, that just might also support someone else, therefore;

I forgive myself that I have accepted and allowed myself to have stood in solidarity with the idea of being who I want to be, instead of being who I really am with all as life, in spite of seeing/know the point of self-perjury, where I let my personality, jury me in to validating the decisions I’ve made.

I forgive myself that I have accepted and allowed myself archive the decisions I’ve made, and not once consider disassembling them, to ensure with cross reference the practicality of them in fact.

I forgive myself that I have accepted and allowed myself to give myself power within reacting to what I may disapprove of, and so want to bring others within it to check their stance, because I’m on a roll now, without realizing how sneaky of a role my mind can play within it that may seem right, that I have every right to, instead of correcting my wrongs.

I forgive myself that I haven’t accepted and allowed myself to see/realize/understand how vulnerability can be a gift, to not exempt myself from also being assisted within a point of correction, from Anyone who sees it, and so walk the point and get it done with and move on to the next phase of my life and that’s it.

I forgive myself that I haven’t accepted and allowed myself to be my own self point of correction with accepting things being pointed out to me, because my life is all about me, and now accept assistance from those who’ve walked points that I now am, and so stand in solidarity with all constructive critical support from anyone in my world, as a helping hand.

Where when and as I see myself wavering away from any points of assistance presented and/or given to me by another as others in my world, I stop and breathe, then take a step back to see where I am failing to take responsibility as my own self point of self-coercion within myself. I see/realize/understand how easy it is to just be ok with things, surrounding the self-image I’ve created of myself and presented as flawless to the world, that’s a point of limitation in fact, and so hereby commit myself to stop separating myself from solidifying myself within the point of correction and change/assisted to change with points of correction, but change the core systems of my beliefs and stand in solidarity with that in fact.