Posted on August 2, 2017 by carltontedford 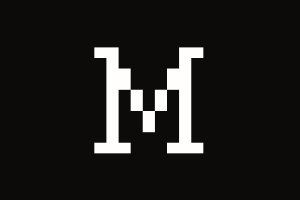 Have you ever caught yourself in the “Middle” of a “Moment” with a “Miraculous” idea/realization, where the “Mind” steps in and” Make” you forget, then claim that you lost your train of thought, I “Mean” how “Much” “More” confusing do things have to get, before we realize the “Mind” is not who we are? In that “Moment” it’s as if we’re innated with a “Mirage” of thoughts, that flow in line to block the Idea/realization from surfacing, then we say; “Man” what was I about to say, and/or it’s right on the tip of “My” tongue, as the next person then step in and say, ‘Don’t think about it, and it’ll come back to you, then sure enough as soon as we Stop Thinking about it, it comes right back to us, but then go right back to thinking, instead of realizing that too “Much” thinking was the problem in the first place.

Neutrality as the “Middle”/fence sitting, stagnant, not going to either side in one way or another i.e. a people watcher, instead of interacting with people, and the word “Moment”, I’ve used in the statement; I’ll be there in a “Moment” hold your horses, as if it was a “Mission” to pull “Myself” together to go to the aide of someone who was calling “My” name, then “Manipulating” “Myself into being “Mad” that I had to stop “My” Self-
Interesting, to go and assist “My” Self as the request of another.

Before I started to take responsibility, any “Mention” of “Myself” was a selfish indication, that things was all about “Me”, in the context of not wanting to share “Me” with anyone, where the statement would come in of; I can do bad by “Myself” and/or leave me alone, I want to be by “Myself” and as long as I have “Me”, “Myself” and I, I don’t need none of you, within a “Moment” of anger, when I didn’t get “My” way, it was never used as a point of Admittance or Acceptance, that I had “Made” A/the “Mistake” “Myself, that I reverted to the point of blame, so within that, I, “Myself” has been used in separation from “Me” taking responsibility for/as “Myself”, as said within the statement; ‘I Forgive “Myself”…

In the Schools hallway and corridors and on Billboard in “My” Neighborhood, I saw signs posted and was told that ‘A “Mind” is a Terrible thing to waste”, therefore that, along with other statements like; Use Your “Mind” and “Mind” Your “Manors” lingering around in “My” Head, I saw these as forms of Positive recollections and indications that the “Mind” was a good thing to have and anything good to me back then, had to come from Positive thinking and so Positive, as said in the Bible, whatsoever things are true, honest, just, pure, lovey and of Good report, to THINK on these things, validating to me that the “Mind” was in fact Positive in Nature, without realizing that in separation I existed from it, when following it around and believing it to be “Me”, “Myself” and I, that would eventually create the Negative.

Back in “My” hay days (growing up) there was no such thing a learning from ones “Mistakes”, “Mistakes” were dealt with punishment, therefore to “Me” the punishment in itself was the learning curve, “Making” the word “Mistake”, seem as a Negative connotation in the usage of it, and so when realized or told that I “Made” a “Mistake”, instant fear would arise within and as “Me”, due to the stigma I had of being punished whenever I would “Make” a “Mistake, stemming from being aligned with the design of a belief system, and so Negative.

Sounding of the Words

I forgive Myself that I have accepted and allowed Myself to have always found Myself stuck in the Middle of things, not wanting to Make a stand for anything, but claiming neutrality as an escape/excuse to why I was a fence sitter, instead of using Middle as a way to step outside Myself to observe what I am doing, to get a better picture/understanding on what I needed to correct within Myself, therefore I commit Myself to when using the word Middle see it as a self-placement of observing how can I correct/change Me, as well as what to correct/change within Myself.

I forgive Myself that I have accepted and allowed Myself to want More time for Myself, I’ve defined as a Moment, when someone is calling My name, thinking that Moments are the excuse of a time for Me to take My time and they can wait, instead of realizing that Moment are the general accumulation of time in unspecific increments, that is not to be taken for granted or used in self-interest, but walk through with breathe as the incremental ticking of a clock, with awareness and consideration for everything and everyone around you, therefore I commit Myself to utilizing Moment in the context of the above statement in every Moment of/with Breath

I forgive Myself that I have accepted and allowed Myself to think that anything that happened, occurred, appeared, transpired without Me seeing/knowing how it’s possible, I’ve defined as a Miracle, without realizing there to be an explanation for any and everything that exist and occur in this world, reality and existence, but thinking that God was the cure, instead of looking in the Mirror as Self, that the Cure is Us, so I commit Myself to realizing the Miraculous Miracle of Self as the Cure for imminent Change, Meaning it’s Us that holds the key of reason as to why what is what in this world, through the power of Manifestation/Creation as so the inevitability of Change is imminent.

I forgive Myself that I have accepted and allowed Myself to see and have used Make in the sense of forcefulness to do something, i.e. Making Myself get up in the Morning, instead of seeing realizing Make as a form of creation, where I create a will within Myself to get up and create my day, without any aches and pains, brought on by forcing myself to do something, and so I commit Myself to living the word create in place of Make, Meaning to create a way to do something instead of Making (Forcing) My way into doing something.

I forgive Myself that I have accepted and allowed Myself to have always been in search for the More of Myself, outside of Myself, therefore whenever I used the word More, I felt as if I was incapable of looking within Myself to see that I already exist as everything I wanted, searched for, looked for the More of, without realizing in chasing after the More of things, I was giving the Me aspect of More to Energy, in the want and chase thereof. I commit Myself to realizing the More of everything as Me and thus utilize the word More in the context of completing Me.

I forgive Myself that I have accepted and allowed Myself to define and have used the word Myself as a selfish indication that things were all about Me, but never My fault, instead of realizing the word Myself should be used in the context of Admittance to, and Acceptance of my failed Creation as/of myself in my world and reality in that Moment, then taking responsibility by Myself, for Myself, being that no one can do it for Me, as seen in the statement; ‘I Forgive Myself’…. Therefore, I commit Myself to taking responsibility for the Myself that is Me, in all the aspects that I exist as, to become one with and equal to my Physical Flesh, as the Self I am.